Back in the US...And a Financial Wrap Up for Our Trip 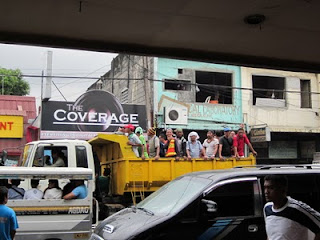 We got back yesterday from our Asia trip and besides being jet lagged, I am happy to get back to blogging.  Here's a post about the Philippines from my other blog.  And now the part you have all been waiting for...the final tally for our 19 day trip to Asia:
For a grand total of $8,964.67

And now some explanation...
Overall we had an amazing time and look forward to going again (probably in two or three years).  Of course we will need to start saving for that trip now.  Our next adventure entails moving all of our household goods to Las Vegas in a couple of weeks, finding and making an offer on a house there, then going to Connecticut for a month or two in mid October.
p.s. I am going to be happy when we get settled into a new place and stop traveling so much!
Posted by Cash Only Living at 7:46 PM