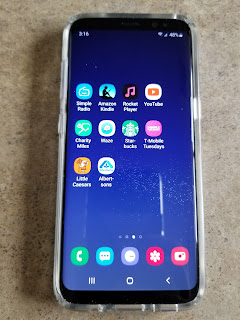 One way I've been saving money these days is by using apps on my cell phone.  There are thousands of apps out there designed to help you save money and while I am probably barely scratching the surface of money-saving app use, there are a handful of apps that I use often that save me about $10+ per week.  These include...


This week I will be looking into apps that will actually help me make money which I've heard about but never really considered before.  What your favorite apps to help you save or earn money?
Posted by Cash Only Living at 3:45 PM