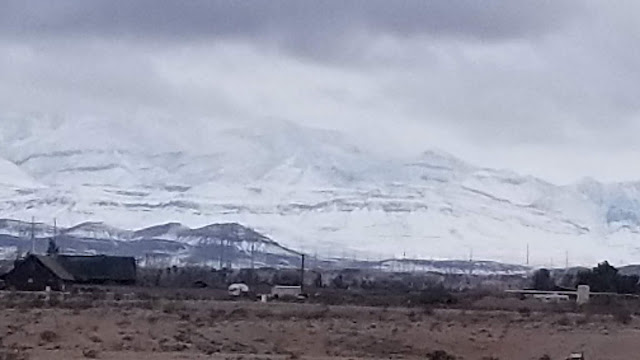 We woke up to snow, sort of.  It snowed all night but very little stuck, at least in our area.  All of the freeways in and out of Vegas were shut down because of the snow but the schools were open, much to the disappointment of the kids in the district (and parents, some areas got like seven inches of snow!).  Last night on the 11pm news they were showing families that got out and went to the park late at night so their kids could play in the snow; since it hadn't snowed here in more than a decade some kids had never seen snow before!  As for us, we are just happy that when it snows here it doesn't last long and we don't have to shovel the stuff!
Posted by Cash Only Living at 6:27 PM