A Few Words About Cremation 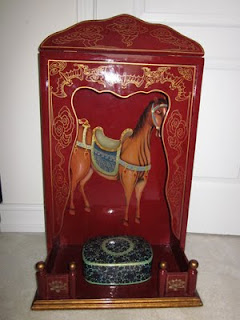 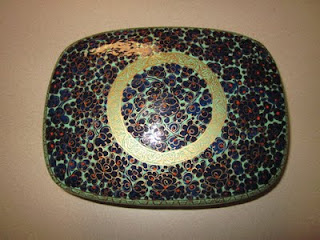 Yep, you read that right. I like to write about things that are happening right now so today's subject is cremation. The topic came about because nine years ago when my mother-in-law died, her body was cremated and half of her ashes went to the hubby and half to the sister we are staying with now. When the SIL was in Seattle last week she was able to pick up a Chinese-style altar that we left for her at her son's house (it's the first picture, above, and came from our house when we moved everything out). Anyway, the altar is now here and hubby was going to set it up for her then he noticed that his sister's part of his mom's ashes were still in the box they came in from the crematorium. So off we went yesterday in search of something to put the ashes in. What we found (which is similar to what we found for our half of the ashes) was a pretty box from TJ Maxx that you can see in the second picture. Which brings us to the few things I wanted to say about cremation:

Posted by Cash Only Living at 8:31 AM