The Power of Small Resolutions 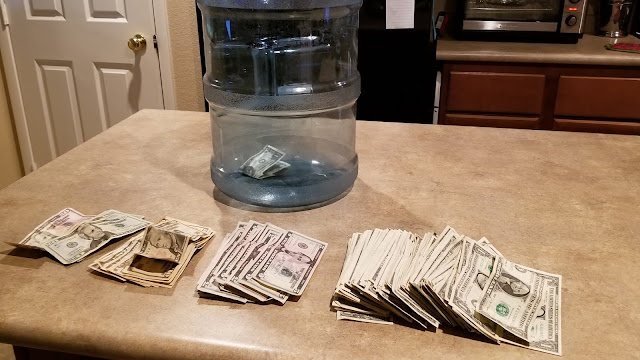 Hubby never makes new year resolutions.  I always make resolutions.  Last year when I had developed my usual long list of no-way-can-I-achieve-all-of-these-impossible-resolutions list I told hubby he should at least resolve to do something.  At the time we had a big water jug sitting in the closet so he said he would save a dollar a day and put it in this jug.  As usual, my resolutions fell by the wayside by mid-January of 2017 but hubby's one resolution was a complete success (hubby is also very focused when he decides to do something).  Last night hubby pulled out the jug he saved his money in and counted it.  Turned out he threw some extra cash in when he had it and the grand total saved was $481.  Not a huge amount but it just goes to show that just a tiny resolution to save a dollar a day can have a big impact at the end of the year!
Posted by Cash Only Living at 10:36 AM