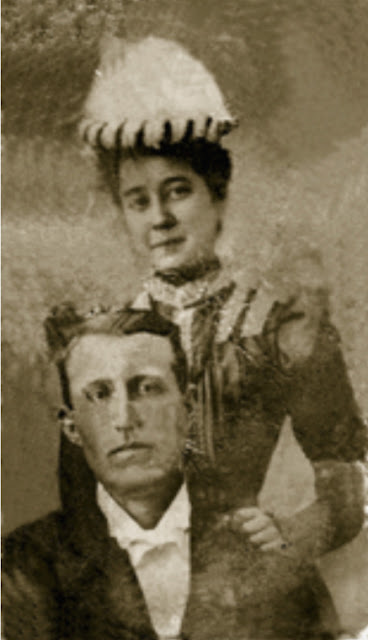 It was another very long day of sorting and uploading genealogy documents but I am finally done!  That was the one big project I wanted to finish before the end of the year and now it feels like a big weight has been lifted off my shoulders.  Now all of the documents that have been on my computer for years are out in a public space where other people can see them and use them for their own research.

The photo above is of my great great grandparents on their wedding day in 1898.  This was a sad story because she died in 1905 from tuberculosis and a month later their first child died at the age of six years old from the same disease.  A year and a half later he married again and they were married until he died at the age of 96 years old.  I love history and family history is even more fascinating!

Posted by Cash Only Living at 8:57 PM