Update: Plans, Health, Some Mini Disasters, and a Few Links 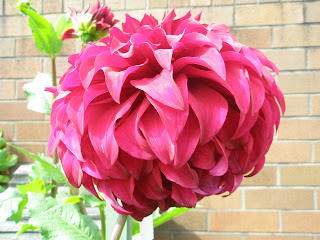 Like I've mentioned before, our plans seem to change nearly daily. Here's what's going on:

Finally, since my blog always looks a little blah due to the lack of pictures, I decided to throw up a picture of my favorite flower to photograph, a dahlia. Have a great weekend!

Posted by Cash Only Living at 9:18 AM