Finally All Moved In...I Love the 99 Cent Store...and My Articles...In Other Words, A Rambling Update 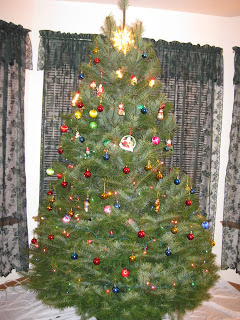 Here's kind of a rambling update (mostly because of the copious amounts of caffeine I've had today thanks to a big Basking Robbins Cappuccino Blast--my favorite!)...

We are finally all moved into our condo, furniture is moved, boxes are unpacked, and it really is home now (I'll post some pictures of it tomorrow, it was kind of still messy today so I didn't want to take pictures).  The exercise from moving furniture and boxes was great (after the first day or so of feeling like I had been run over by a truck).  I'm trying to think of a way to keep up that kind of walking/lifting type of exercise in the future...

I've gotta say, I absolutely LOVE the 99 Cent stores here.  They are kind of like Dollar Stores but have way more stuff like food and fresh fruits and vegetables and are as big as a supermarket.  Every time we make a list of things we need for our new place (aluminum foil, bath mat, spices, etc) we hit this store first before all others and so far have mostly been able to stock our new place with the things we have found there (which saves us a LOT of money over buying these things at other places such as Walmart).

A couple of my articles from last month's money challenge have been published (which...yeah!...means I can now invoice for them).  You can check them out here and here.

Finally, I caught just a short segment on talk radio today which was really interesting (and scary).  There was a guy on (didn't catch his name) who was talking about the federal budget and federal deficit and simplified the numbers by knocking off six zeros from all figures because, as he said, when you talk about trillions and billions of dollars people's eyes glaze over. Any way, he noted that the government is like a person who earns $21,000 a year yet spends $36,000 a year.  Every year.  Which is why the US is in so much debt.  Can you image if you earned $21,000 a year but spent $36,000 a year by going into debt what kind of shape your finances would be in after a decade? Yep.  Scary.  That's the kind of shape the US is in financially now.

Also, I am updating ChimeIn a lot now.  You can find me there at http://chime.in/user/aprilborbon

And finally (again), while we haven't decorated at all for Christmas this year, I thought I would post a picture of our Christmas tree from a couple of years ago just because my blog seriously lacks pictures and it is the holiday season and for some reason I am so not in the holiday spirit this year--I think because it is so sunny and warm here while all of our Christmases in the past have featured gloomy, overcast Seattle skies, cold weather, and occasionally snow.  I just don't equate Christmas time with sun yet.

Note to self--CUT BACK ON THE CAFFEINE!
Posted by Cash Only Living at 1:40 PM